
Thank you for subscribing to the Civil Newsletter!
Oops! Something went wrong while submitting the form.
New Articles every Monday, Wednesday, and Friday
May 4, 2022
·
Abortion

Abortion in the U.S. History & Perspectives

This article covers the historical context and various perspectives of the modern abortion debate. 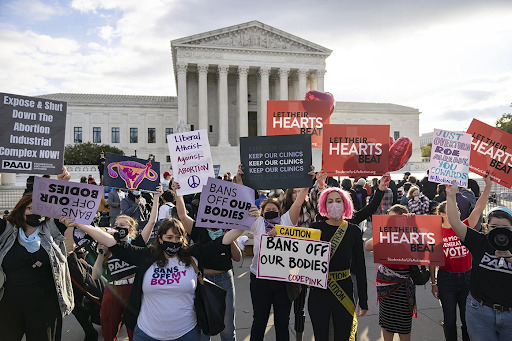 The debate surrounding pro-life versus pro-choice is filled with political angst and visceral disagreement. On both sides of the spectrum, there are some who believe women should have access to abortion services in cases of rape or incest, those who would allow abortions before the second or third trimester, and varying opinions about fetal viability and when life begins.

This History and Perspectives will explain the pro-choice and pro-life spectrum models and examine the genetic, biological, and theological concepts of when human life begins.

Not only was there no support for such a constitutional right until shortly before Roe, but abortion had long been a crime in every single state. Under common law established in court rulings, abortion was criminal in at least some stages of pregnancy, and by the 1800s, Congress formally criminalized the procedure. By the time the United States had adopted the Fourteenth Amendment (the constitutional basis of the Roe decision), three-quarters of the States had made abortion a crime at any stage of pregnancy.

Roe changed the standard of abortion.

Roe v. Wade was a landmark legal decision issued on January 22, 1973, in which the U.S. Supreme Court struck down a Texas statute, effectively legalizing abortion across the United States. The Court held that a woman’s right to an abortion was implicit in the right to privacy protected by the Fourteenth Amendment to the Constitution.

In its ruling, the Court divided pregnancy into three set numbers of weeks, known as trimesters. The Court decided that the choice to end a pregnancy in the first trimester was solely up to the woman. In the second trimester, the government could regulate abortion, although not ban it. In the third trimester, the state could prohibit abortion to protect a fetus that could survive on its own outside the womb, except when a woman’s health was in danger.

In the 1992 case Planned Parenthood v. Casey, advocates challenged Pennsylvania’s Abortion Control Act. The Court upheld the central ruling in Roe but allowed states to pass more abortion restrictions as long as they did not pose an “undue burden.”

On May 2, 2022, a leaked draft of a Supreme Court opinion from conservative Justice Samuel Alito circulated in the media. The case in question was Dobbs v. Jackson, which centers on a Mississippi abortion law that directly violates the long-standing principles of Roe v. Wade and Planned Parenthood v. Casey. Alito argued that “The Constitution makes no reference to abortion, and no such right is implicitly protected by the Constitution.” This statement rejects the core holdings of Roe and Casey that the Due Process Clause of the Fourteenth Amendment grants an inherent right to privacy that protects a woman’s choice to have an abortion. The leaked document indicates that the Court views those cases as examples of “legislating from the bench,” whereby the Court damages the balance of power between itself and the Legislature by overstepping its authority and creating law. Essentially, the draft indicates the Court believes elected representatives should decide on abortion law, not the Court.

Roe and Casey each tried to balance the interests of a woman who wanted an abortion and the interests of what the Court termed “potential life.” However, in the leaked Dobbs opinion, Alito argues that people of the various states may evaluate those interests differently. In some states, voters may feel that the abortion right should be even more extensive than the right that Roe and Casey recognized. Voters in other states may believe that abortion destroys an “unborn human being” and wish to impose tight restrictions.

The alleged Dobbs decision would return the argument of abortion to the states and federal government. The legislatures of the states or Congress could weigh the various perspectives on the issue and determine which laws they wish to pursue.

Genetic View. The genetic view posited by Maureen Condic is that “a human being that forms immediately upon sperm-egg fusion (not after 24-hours of development has elapsed). Therefore, the life of a new human being commences at a scientifically well-defined event; the fusion of the plasma membranes of sperm and egg. This conclusion is not a matter of religious belief of social convention; it is a matter of objective scientific observation.”

According to this position, an embryo has unique DNA that signifies a new, distinct human life. However, this view has two subsets: life begins at conception or before conception since each sperm is an independent single-celled organism. The latter is a common perception among Christian fundamentalists.

Rape and Incest. A 2018 Gallup poll found that 77% of Americans thought abortion should be legal in the first trimester if the pregnancy resulted from rape or incest (only 52% felt the same during the third trimester). For some pro-lifers, the lack of consent in creating life or the moral malevolence constitutes a case for abortion. The degree of which abortion should be allowed is still debated. While some argue that abortion should be allowed at any stage, others say options like providing a morning-after pill with rape kits are more acceptable.

Pro-Reproductive Rights. Some pro-abortion advocates, such as Planned Parenthood, believe the issue should be framed as pro-reproductive rights versus anti-abortion. Essentially, they argue that the terms pro-choice and pro-life carry connotations that may not fit those labels. For example, these advocates often claim that those who identify as “pro-life” hold contradictory standards, such as supporting the death penalty or opposing welfare programs. This pro-reproductive rights group also views abortion as an issue of women’s healthcare — something best left between a woman and her doctor.

Metabolic. The argument by analogy states, “a zygote is more like an unfertilized egg cell than an adult, so the zygote should have the same moral status as the egg cell.” This is the belief that a fetus is less developed and should not be granted legal status as alive. The metabolic view states that a single developmental moment like conception does not exist. Development is a flowing process supported by scientific understanding that it takes 20-22 hours for sperm to penetrate the outermost layers of the egg.

Technological. This view backs many pro-life policies, such as heartbeat bills. The belief is that someone is legally declared dead when a heartbeat is no longer detected; therefore, a fetus should be classified as alive once a heartbeat is detected. The technological view is similar to legal precedent arguing that a fetus should be classified as a life in the code of law since the murder of a pregnant woman is considered a double homicide. A cerebral electroencephalogram (EEG), which measures brain waves, could also demonstrate the absence of life 24- 27 weeks into pregnancy.

This view is most similar to the Islamic account of creation.  A passage in a Hadith of Abdallah ibn Mas’ud stated that a messenger of God said, “Each one of you is constituted in the womb of the mother for forty days, and then he becomes a clot of thick blood for a similar period, and then a piece of flesh for a similar period.” This forty-day interpretation is similar to Jewish law following the Babylonian Talmud Yevamot 69b, which states that “the embryo is considered mere water until the fortieth day.” Heartbeats can often be heard in fetuses around this 40-day period.

These perceptions of when life begins, and ideological or moral beliefs, inform how policymakers determine regulations and infrastructure of abortion from state to state. An ideologically progressive state like New York, consisting of less moderate pro-choice legislators, would pass third-trimester abortion laws such as the Reproductive Health Act. Meanwhile, a state informed by the pro-life technological view may insist on implementing ultrasounds before an abortion. These logical connections can be linked to the presence of stricter abortion laws. At the moment of the Dobbs decision leak, Democrats hold majorities in the House, Senate, and presidency. The return of the issue of abortion to the legislature means that Congress can enact a law if they so choose.