
Thank you for subscribing to the Civil Newsletter!
Oops! Something went wrong while submitting the form.
New Articles every Monday, Wednesday, and Friday
May 20, 2022
·
Economy

An Abbott recall and factory closure have combined with pandemic-era supply chain issues to create a baby formula shortage. 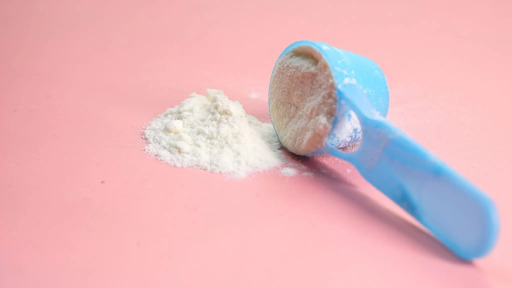 The Shortage. After a bacterial infection from baby formula killed two children, Abbott — America’s largest formula producer — announced a voluntary recall of its products and closed its Michigan factory. The factory was shut down for weeks due to health and safety violations, but once cleared was delayed in the opening by order of the Food and Drug Administration (FDA). Across the country, retailers have been reporting shortages of vital formulas as the supply chain feels the hit of the factory closure, causing panic among parents.

What is Baby Formula? Many parents across America use baby formula as an alternative to breast milk. The most common types of formulas are cow milk protein-based, soy-based, and protein hydrolysate-based. Baby formula is packaged in a powdered form, making it accessible for parents. Babies can get the necessary nutrients from the formula.

The CDC warns against using homemade formulas for infants because each baby’s nutritional needs are specific. Also, homemade formulas could be contaminated, leading to infection or sickness in infants. The CDC also suggests specific criteria for helping parents choose a formula. According to CDC regulations, it is essential that the package is sealed and doesn’t have rust spots, puffy spots, or leaks.

Who is Impacted by the Shortage? The shortage recently turned into a full-blown crisis as retailers reported nearly 40% of their baby formula is out of stock. With 41.7% of 5-month-old babies using formula, the shortage has caused parents to resort to eBay to feed their children. Democrats have also pointed out that Black families are significantly impacted since 76% breastfed, below the national average of 84%. Republicans have pointed out that rural communities hurt most by supply chain shortages will also suffer disproportionately.

What Caused the Shortage?

Factory Closes. In February, Abbott, who creates a large quantity of U.S. baby formula, recalled its formula from stores after four infants were hospitalized – and two died – from bacteria in the formula. As a result, the factory in Sturgis, MI, was also shut down.

The FDA delayed the factory’s reopening, causing a shock to the supply chain. On Monday, Abbott agreed with the FDA to reopen the plant in two weeks, but it will take another six to eight weeks for the baby formula to reach store shelves. A current investigation is underway within the FDA to analyze the source of delays.

Fearing a similar buyout to cleaning supplies during the Covid-19 pandemic, retailers like Target and Walgreens have restricted the number of purchasable formula boxes.

Alternative Theory. Although the factory closure has been linked as the leading cause of the shortage, some have suggested that this short-term shock results from government-created monopolies. Abbott, Perrigo, Mead Johnson, and Nestlé dominate 90% of the baby formula industry in the U.S. since they are the only FDA-approved formula providers under the Special Supplemental Nutrition Program for Women, Infants, and Children (WIC). The federal budget sends portions of money in WIC grants to each state, which is then used to contract from those four companies, creating a monopoly. Some economists have argued that even if the factory gets back online, it will take months for supply to catch up with demand. In addition, any quick fix would not solve the underlying problem of a fragile supply chain.

Defense Production. On Wednesday, President Biden invoked the Defense Production Act (DPA) to deal with the rising crisis. This invocation will provide emergency ingredients to produce supplementary formula in a mission the White House has called “Operation Fly Formula (OFF).” In the past, the DPA has been used to address supply chain shortages during the Covid-19 pandemic.

OFF will be accomplished by authorizing the Department of Defense to use commercial airplanes to pick up formula overseas to store on shelves in the U.S. The White House has also instructed “suppliers to direct resources to infant formula manufacturers before any other customer who may have ordered that good.”

In addition to the White House statements, the Department of Health and Human Services (HHS) has issued a “fact sheet” directing parents to relevant resources.

As a baby formula shortage threatens the United States, especially America’s most marginalized, the Biden administration is making every effort to address the lack of supply — including invoking the Defense Production Act and authorizing flights to import extra formula. Instead of working with President Biden and congressional Democrats to solve this problem and help ease the burden on moms across the country, Republicans prefer to use children’s lives as a political football. Their rhetoric has worsened the problem by encouraging panic buying and price gouging. Democrats will continue their work to address this shortage even if Republicans want to keep it as a talking point.

Recalls are conducted consistently without shutting down factories. The FDA caused the crisis by shutting down a crucial plant on top of product recalls and then not warning parents of the ramifications. The Biden administration then waited weeks before responding, amplifying the crisis. On a larger scale, government intervention in the economy has weakened the market, proving free markets are more robust.

Vox explains how a weak social safety net has made millions more Americans susceptible to this baby formula shooting.

Former FDA Associate Commissioner Peter Pitts explains the decision to shut down the Abbott plant in February, which led to the formula shortage.

An Ex-FDA official reveals how the agency caused the formula crisis.

Statement by the White House on Operation Fly Formula.

List of resources for parents dealing with the formula crisis.

Biden’s Baby Formula Airlift Stunt Should Never Have Been Necessary

Reason argues that the Biden administration and Congress should remove supply restraints on baby formula, saying that the market will solve this crisis if the government allows it to.