
Thank you for subscribing to the Civil Newsletter!
Oops! Something went wrong while submitting the form.
New Articles every Monday, Wednesday, and Friday
May 11, 2022
·
White House 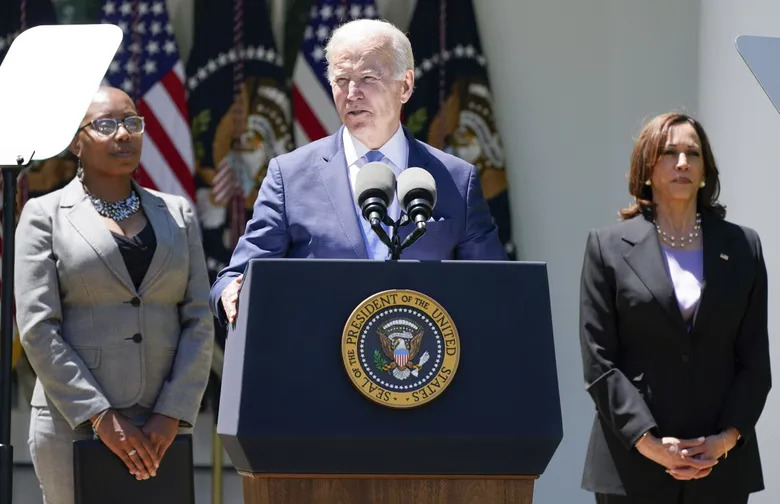 White House Event. At a White House ceremony on Monday, President Biden announced an agreement with 20 internet service providers to offer high-speed internet plans to low-income families for $30 a month. Under existing federal subsidies, that would essentially make the service free for qualifying families. These 20 companies cover more than 80% of the U.S. population, including roughly half of those living in rural areas.

Pandemic Revelation. Throughout Biden’s 2020 presidential campaign, he frequently talked about the necessity of broadband service. The Covid-19 pandemic brought the issue to the forefront as millions of Americans needed the internet to work or attend school remotely. Biden often highlighted cases of parents driving to fast-food parking lots so their children could do schoolwork on the restaurant Wi-Fi, something he referenced again during Monday’s event.

Biden Remarks. In his address, Biden said that “High-speed internet is not a luxury any longer. It’s a necessity.” He hailed the plan as a case where “big business stepped up.” Biden also claimed the agreement highlights his administration’s fight against surging inflation as he continues to get negative marks on his handling of it. The President said this move will “give millions of families a little more breathing room to help them pay their bills.”

Who Qualifies? Any American household with an income under 200% of the federal poverty level — roughly $55,000 annually for a family of four — is automatically eligible for the ACP. Additionally, anyone who already receives federal assistance — like SNAP benefits or Medicaid — qualifies. Under those requirements, the White House says nearly 40% of American households are eligible for the ACP.

Low Enrollment. According to administration officials, of the 48 million households that qualify for the ACP, a mere 11.5 million have signed up. Many argue that those who need the program the most are hardest to reach because they do not have internet access. The White House is pushing for qualified families to enroll by reaching out to eligible households through federal agencies and launching a website — GetInternet.gov.

Internet Inequality. Policymakers and experts frequently refer to the internet access disparities between low-income and wealthier families as the “digital divide.” While the federal government has spent billions every year to connect Americans to broadband, the Federal Communications Commission says millions of Americans still do not have access. Many analysts criticize internet service providers for “digital redlining,” when companies intentionally leave low-income customers on slower broadband infrastructure while upgrading it for wealthier communities.

Thanks to the Biden administration, millions more Americans can now participate in the digital economy. For decades, communities of color and low-income communities have faced harsh digital inequalities, unable to advance in a society that is increasingly dependent on the internet. This historic partnership will equip these marginalized groups with the tools they need to thrive. We must continue to encourage enrollment in the ACP and work to expand broadband infrastructure until all Americans have access to affordable, high-speed internet.

This White House press release explains the details of the recent agreement to provide low-income communities with low-cost, high-speed internet plans. It also covers the administration’s reasoning for the program.

President Biden and Vice President Kamala Harris on Monday announced a deal with more than a dozen U.S. internet service providers to give high-speed internet to Americans living in low-income areas, stressing that access is “not a luxury” but a “necessity.”

President Biden announces the public-private partnership to provide low-income communities with high-speed internet access. He explains his reasoning for the program.