
Thank you for subscribing to the Civil Newsletter!
Oops! Something went wrong while submitting the form.
New Articles every Monday, Wednesday, and Friday
February 15, 2022
·
Foreign Policy 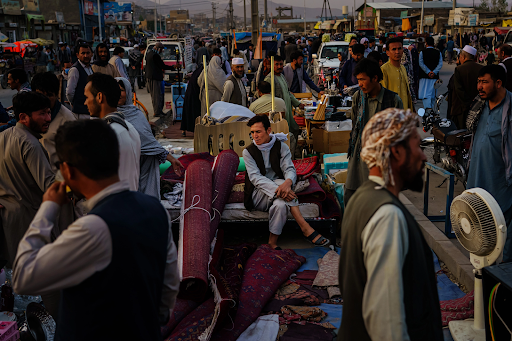 Last week, President Biden signed an executive order to release $7 billion in assets from Afghanistan’s central bank currently frozen in the United States. The administration plans to split this money evenly between humanitarian aid to Afghanistan and the families of 9/11 victims. In a press release, the White House said the move will “provide a path for the funds to reach the people of Afghanistan while keeping them out of the hands of the Taliban and malicious actors.” In practical terms, the executive order directs American financial institutions holding Afghan assets to transfer those funds to the Federal Bank Reserve of New York. Observers predict the decision will prompt lawsuits, as an order affecting a foreign government’s money on U.S. soil is relatively unusual. Additionally, the funds are already the subject of complex pending litigation, as American victims of terrorism and their families have sued several organizations for their role in the 9/11 attacks.

American and NATO forces invaded Afghanistan and overthrew the Taliban in October 2001. The invasion was part of an attempt to hunt down Osama bin Laden and punish the Taliban for harboring al-Qaida leaders, the architects of the 9/11 terrorist attacks. After 20 years of fighting, American and NATO troops withdrew from Afghanistan last August, and the U.S.-backed government collapsed at the hands of the insurgent Taliban.

Since the fall of the Afghan government, the Biden administration has faced substantial pressure to ramp up assistance to Afghanistan as the humanitarian crisis deteriorates. The Taliban takeover prompted an almost total collapse of the economy. The United Nations has warned Afghanistan could face a “near-universal” poverty rate of 97% by the middle of this year. The country is heavily dependent on international aid, which much of the global community has suspended since the Taliban came to power. According to administration officials, the U.S. has doled out over half a billion dollars in humanitarian assistance since withdrawing troops in August. However, current sanctions on designated terrorist organizations within the country limit the United States’ options for providing aid.

The executive order has sparked intense controversy. A Taliban spokesman called the move “theft” that “represents the lowest level of human and moral decay.” Previously, the Taliban warned that withholding funds could cause mass migration and accelerate a worsening economic situation in Afghanistan. Many human rights activists slammed the order as millions of Afghans are on the verge of starvation, arguing it will exacerbate their suffering. Other activists criticized leaving half the funds for courts to distribute among victims of terrorism and their families, suggesting that diverting the money to the September 11th Victim Compensation Fund would be more equitable. Other groups like the 9/11 Families United praised the President’s move. Lawmakers of both parties urged the President to split the funds while others, including some Democrats, have criticized his efforts. Congresswoman Ilhan Omar (D-MN) called the move “unconscionable,” saying the administration was “punishing millions of starving [people]” for the events of 9/11. Still, the Biden administration defends the move as respectful of the judiciary while also helping Afghans in need of aid.

President Biden’s recent executive order is a disgrace. In this move, the administration denies responsibility for a humanitarian crisis the United States created. As millions of Afghans verge on absolute poverty, the Biden administration seizes Afghan assets, sending scraps of aid through the bureaucratic labyrinth, where red tape will prevent it from making any meaningful difference. This order will only exacerbate the suffering of regular Afghans, who are living through the consequences of failed American foreign policy.

President Biden’s executive order advances the cause of 9/11 victims’ families and provides crucial aid to millions of Afghans. It coincides with the administration’s well-established policies of sending humanitarian assistance to Afghanistan while ensuring this money does not get into the hands of the Taliban. During his presidency, Biden has overseen a streamlining of the aid process to Afghanistan and over $500 million in direct assistance to Afghans. The presidential directive to split frozen Afghan funds expands on this White House’s generous contributions in international aid that will go a long way to combating poverty among the citizens of Afghanistan.

Joe Biden oversaw one of the worst foreign policy blunders in American history in Afghanistan. His haphazard orders unleashed complete chaos, resulting in a terrorist attack that claimed the lives of 13 U.S. service members. Biden surrendered Afghanistan to the brutal Taliban, abandoning Americans and our allies to suffer under their tyrannical rule. His attempts to avoid responsibility for a humanitarian crisis he created is a sham. He is trying the traditional Democrat solution to problems – throw money at it. Further, the President is using 9/11 victims’ families as a political shield, hoping it will protect Democrats from backlash in the November midterms.

Austin Ahlman argues that the administration should return these funds to the Afghan central bank to allow regular economic activity to resume. Ahlman also claims the United States’ continued use of sanctions disproportionately harms everyday Afghans.

Jack Detsch discusses President Biden’s decision to split frozen Afghan assets in the United States. He suggests that most experts believe the move is a missed opportunity to help stabilize Afghanistan’s economy. Additionally, they argue it will make the country even more dependent on foreign aid.

This official White House release documents President Biden’s executive order beginning the process to use frozen Afghan assets as humanitarian assistance. It outlines the President’s rationale and explains what the directive does.