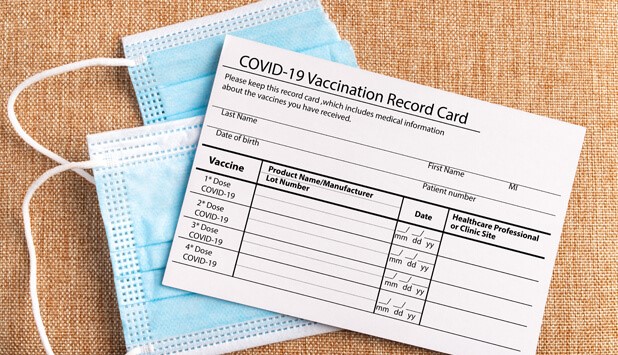 Most states have begun easing or outright lifting coronavirus mandates. However, as Covid-19 cases surge, some cities are acting independently to fight the spreading virus. Earlier this month, New York City tightened its vaccine mandate, requiring all workers to receive at least one dose of the Covid-19 vaccine. Additionally, it requires proof of full vaccination to enter indoor venues. Several other major cities followed suit, imposing stricter vaccination requirements for their residents. This past week, Chicago, Boston, and Washington, D.C. joined that growing list. Critics argue these cities have no authority to mandate the vaccine, especially as courts have blocked provisions of the federal vaccine mandate. Supporters say they are vital to combat a worsening Covid-19 situation.

Chicago’s rate of positive tests, hospitalizations, and intensive care usage are the highest since January of this year. Amid the spike, Mayor Lori Lightfoot announced new rules that apply to all residents over the age of five, though employees are allowed a weekly testing option in lieu of vaccination. Based on current statistics, over a quarter of the city’s residents would not meet the new requirements. However, city officials expressed confidence that that number would decrease in the coming weeks.

Boston Mayor Michelle Wu announced a similar mandate last week, requiring proof of full vaccination to enter most public venues. Unlike the Chicago mandate, Boston will implement its vaccine requirement in phases. The Mayor argues this will give residents time to comply and businesses more time to prepare to enforce the mandate. Washington, D.C. also announced a directive requiring proof of vaccination to enter several indoor spaces. Additionally, the District will mandate that eligible students be fully vaccinated.

While some governors across the country are lifting Covid-19 restrictions, some of America’s largest cities are enacting more restrictions to combat the rapidly spreading virus. Democratic mayors are implementing these mandates in the interest of public health, and as many places should follow their lead as possible. New variants will continue to emerge, and the most effective tool we have to protect ourselves is the highly effective and safe vaccines.

New mandates are emerging for a variant confirmed to have killed one person in the U.S. (as of last Wednesday); mandates which have little effect preventing the virus. These mandates are, in effect, medical discrimination against pregnant women and those who cannot/will not receive a permanent medical operation. Those without vaccines are barred from restaurants, gyms, and daily life. In addition, left-leaning politicians continue to say individuals must be "fully vaccinated" but keep shifting the definition to include more vaccines. The only way to return to "normal" is to have the courage to live your life and defy the tyranny of these mandates.

This page discusses Washington, D.C.’s vaccine requirement for indoor venues and highlights the specifics of the policy.

This page provides an overview of Boston Mayor Wu’s coronavirus vaccine requirement for certain indoor spaces, beginning January 15. It specifies the timetable for implementation and how the city intends to enforce the mandate.

This policy announcement outlines the city’s requirement for those ages five and up to show proof of vaccination for most indoor settings beginning January 3. It also provides resources for residents and businesses regarding the mandate.

Society Is Sick... But It Ain’t the Virus

The tyranny of leftist Covid policies has torn families, friends, and communities apart. While red states have prioritized liberty over mandates, blue states like New York live in a perpetual state of Covid hysteria. Andrew Klavan of the Daily Wire talks about the difference between left and right policies regarding Covid.

Vaccine Mandates Are Lawful, Effective and Based on Rock-Solid Science

Law professor Lawrence Gostin, who specializes in public health law, argues that rising Covid-19 cases, the emergence of new variants, and lagging vaccination rates clearly illustrate the need for vaccine mandates. He argues that executive agencies and the federal judiciary have long upheld the right of businesses and state and local governments to require vaccination.