
Thank you for subscribing to the Civil Newsletter!
Oops! Something went wrong while submitting the form.
New Articles every Monday, Wednesday, and Friday
April 4, 2022
·
Congress

On Friday, the House passed the MORE Act, which would decriminalize marijuana at the federal level if it became law. 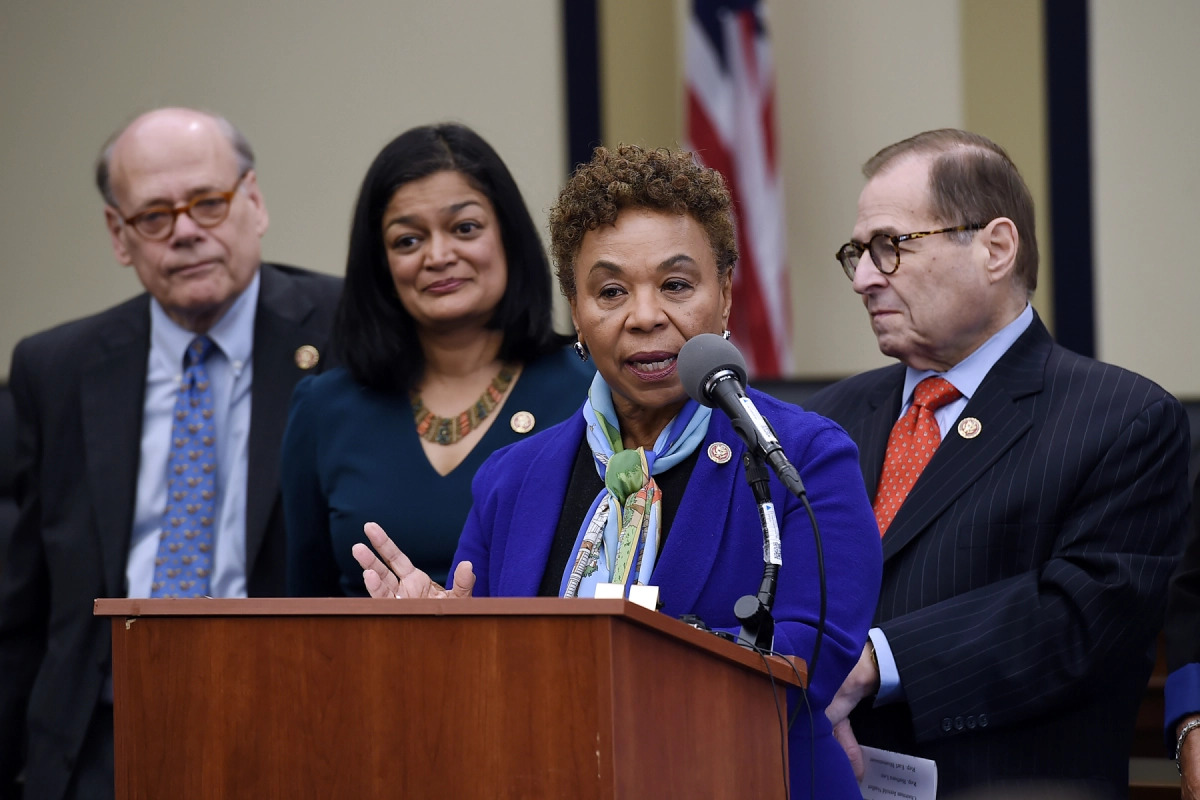 On Friday, the House of Representatives passed the MORE Act, a bill that decriminalizes marijuana. The final tally, 220-204, saw two Democrats vote against the bill and three Republicans support it. Essentially, decriminalization under the Act would drop marijuana from the list of federally-controlled substances, removing criminal penalties and enabling states to set their own policies. The bill would also allow authorities to expunge some nonviolent marijuana convictions. Further, it would impose an excise tax — a tax on a specific good, such as alcohol and tobacco — on marijuana products and use some of that revenue to help those “adversely impacted by the War on Drugs.”

Congress passed similar legislation in December 2020, though the Republican-controlled Senate refused to take it up for consideration. House Democrats hope that the bill might see more action since Democrats now hold the majority in the upper chamber. However, the measure does not have a clear path forward in the Senate, with even some Senate Democrats publicly acknowledging passing the MORE Act is unlikely as they work on their own proposal. The chambers largely disagree on the excise tax rate, with Senate Democrats favoring a much higher one than their counterparts in the House. Even if the bill secures all Democrats’ support, it still needs 10 Republican Senators to vote for it to clear the filibuster. If the Act clears that hurdle, it is unclear if President Biden would sign it into law. As late as last summer, the White House stated that Biden continues to oppose legalization for recreational use, putting him at odds with most of his fellow Democrats. However, the President campaigned on decriminalization and said that the states should decide on recreational legalization.

In 1970, President Richard Nixon signed the Controlled Substances Act, which combined the patchwork of federal laws on various drugs into one single statute. The Act categorizes illegal substances into five schedules, with the federal government viewing Schedule 1 as having the highest potential for abuse and Schedule 5 having the least. The government currently classifies marijuana as a Schedule 1 drug. Other Schedule 1 substances include heroin, ecstasy, and LSD, which the federal government officially considers more dangerous than cocaine, fentanyl, and methamphetamine, ranked Schedule 2 drugs. These groupings are significant as they carry different restrictions and penalties, with crimes relating to higher-ranked Schedules typically bringing more severe sentences.

Even though it is technically illegal at the federal level, the absence of strict federal enforcement has allowed many state governments to take a different approach. Thirty-seven states and Washington, D.C. have legalized marijuana for medical use, with 18 states and D.C. legalizing it for adult recreational use. This move has occurred in states across the political spectrum. In 2020, heavily Democratic New Jersey, swing state Arizona, and deeply Republican Montana and South Dakota all legalized marijuana. This trend corresponds with growing support among voters across party lines, with a 2021 Gallup poll showing 68% approval (a historic high), though a slim majority of Republicans still oppose legalization.

Most Democrats and some Republicans generally believe that it is time for the federal government to do the same. Democrats argue that the government’s classification of marijuana is archaic and disproportionately harms low-income and minority communities. Democrats also point to data showing a sizable racial disparity in marijuana arrests — while use rates are relatively similar across ethnic lines, authorities arrest nearly four times as many African Americans for marijuana-related crimes than white users. Libertarian-minded Republicans that support legalization view it as a removal of a prohibition. However, most Republicans say the bill leaves too many questions unanswered. They suggest that this legislation will increase drug use and impose a heavier burden on law enforcement, as it will force them to deal with these situations in the absence of federal guidance. Other Republicans further argue that marijuana is a gateway drug and could lead to the use of more dangerous substances. Lastly, Republicans say that marijuana decriminalization is not a priority amid rising inflation. Republicans had previously introduced a bill to lower marijuana to a Schedule 3 substance in January 2021, though the House never brought it to a vote.

On Friday, House Democrats took a long-overdue step to decriminalize marijuana. The move corresponds with a growing state trend and overwhelming public support. Federal marijuana prohibition is a relic of decades of failed policies under the War on Drugs. It has amounted to a war on poor people and minority communities. Everyday Americans, primarily people of color, are serving unjust, decades-long sentences for nonviolent marijuana convictions. The MORE Act must become law to ensure restorative justice for those suffering because of the federal government’s outdated and insane approach to marijuana.

The MORE Act is riddled with questions and problems, yet D.C. Democrats rammed the legislation through the House without addressing any of these concerns. For instance, the bill looks to resentence nonviolent drug offenders but fails to differentiate between drug users and those who actively sold to children. Perhaps different levels of leniency should be shown between those two groups. Republicans had also previously introduced a legalization bill, however, Democrats have now chosen to act on marijuana legalization to distract from the economic problems they’ve caused.

US Should End Marijuana Prohibition

Human Rights Watch outlines the need to shift American drug policy away from a punitive approach toward a public health one. It also highlights racial disparities among drug arrests and discusses how the MORE Act might address these issues.

The New York Post covers the House’s passage of the MORE Act but highlights its uneasy path forward amid President Biden’s history of opposing such actions.

Rep. Dave Joyce (R-OH), who serves as a Co-Chair of the Congressional Cannabis Caucus, explains his opposition to the MORE Act despite his support for federal decriminalization of marijuana.

Politico covers Friday’s passage of the MORE Act and relates it to its predecessor that the House passed in 2020. They argue that the Act — similarly to the 2020 version — has no path to becoming law.

Confidence Interval: Will Marijuana Be Legal Everywhere In The U.S. By 2024?

The hosts of the Confidence Interval segment argue that despite the growing trend towards state legalization of marijuana and growing support for it among voters, it is unlikely that the U.S. will legalize marijuana by 2024.