
Thank you for subscribing to the Civil Newsletter!
Oops! Something went wrong while submitting the form.
New Articles every Monday, Wednesday, and Friday
April 20, 2022
·
COVID-19 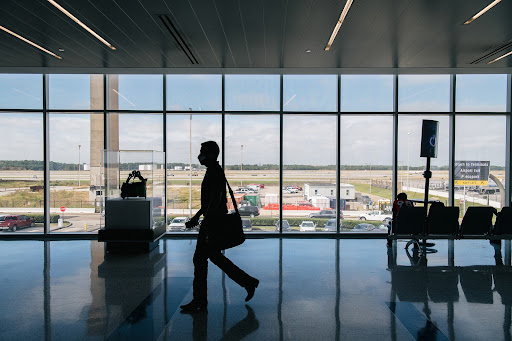 On Monday, the Biden administration suspended enforcement of its mask mandate for airports, planes, and other forms of travel after a federal judge overturned the administrative rule. The Florida judge said the Centers for Disease Control and Prevention (CDC) overstepped its authority by mandating mask use. This decision overturns the 14-month-old directive, one of President Biden’s earliest moves to combat the spread of Covid-19. Some major airlines and airports rushed to drop their requirements following the ruling as the Transportation Security Administration (TSA) announced it would not enforce the administration’s mandate. However, the decision still gives companies and cities the option to keep their mask rules in place, resulting in directives that could vary from city to city.

In her ruling, the Florida judge wrote, “Our system does not permit agencies to act unlawfully even in pursuit of desirable ends,” acknowledging that the CDC imposed the mandate to prevent the spread of Covid-19. White House press secretary Jen Psaki called the decision “disappointing” and said the CDC and Department of Homeland Security would review the decision, which the Biden administration could appeal. Many on the Left argue the ruling is politically motivated, claiming the judge is a conservative hardliner that manufactured a legal theory to block a policy she ideologically opposes. Democrats have further criticized her as a party-line appointment rated “not qualified” by the American Bar Association.

The Florida judge’s decision resulted from a July lawsuit filed by the nonprofit Health Freedom Defense Fund on behalf of two women who claimed that wearing masks on airplanes triggered or exacerbated anxiety and panic attacks. Her 59-page ruling stated that “a limited remedy would be no remedy at all.” The judge then remanded (to send a case from a higher to a lower court) the matter to CDC “for further proceedings.” This ruling comes days after the CDC extended the transportation mask mandate for another 15 days after it was supposed to expire Monday, citing rising coronavirus cases. The CDC continues to recommend that people wear masks while using public transit.

Last month, several airline CEOs urged President Biden to let the mandate expire, citing a drop in Covid-19 cases and the easing of restrictions in other areas of daily life. Airlines have frequently touted their hospital-grade filters, saying that the public has deep misconceptions about air circulation on their planes (see American Airlines, Delta, Southwest Airlines). They also suggest the mask mandate has created a more hostile work environment for flight staff. Since January 2021, the Federal Aviation Administration reported 7,060 unruly passenger incidents, with 70% involving mask rules.

Many Republican lawmakers have also championed an effort to remove the mandate. They say the rule contradicts the growing trend to ease Covid-era restrictions nationwide. In mid-March, the Senate approved a bill from Senator Rand Paul (R-KY) to overturn the mask mandate in a 57-40 vote, with eight Democrats joining all but one Republican. President Biden threatened to veto the measure if it made it to his desk. In late March, 21 Republican state attorneys general sued the Biden administration over its mandate, arguing it was unnecessary and amounted to federal overreach.

On March 25, Hawaii’s statewide indoor mask mandate, the last of its kind in the country, expired. This move coincided with the CDC easing its guidelines, saying most Americans could stop wearing masks indoors. However, governments have been slower to ease restrictions in other areas — such as public schools and public transportation. While all but one state have dropped their school mask mandate, most still allow local districts to make their own guidelines regarding masking. Like the Biden administration’s mask requirement for public transportation, these mandates have become a political flashpoint. Most Republicans argue it is beyond time to end the pandemic-era restrictions, saying we must allow Americans to make personal health decisions and prioritize opening up the economy. Many Democrats, on the other hand, warn that prematurely lifting all the Covid-19 mandates could cause a spike in infections.

As the U.S. nears the grim milestone of one million Americans killed by Covid-19, a Trump-appointed judge has rashly overturned the Biden administration’s mask mandate. While coronavirus restrictions are easing nationwide, the conditions on public transportation present unique threats to passengers. With clusters of strangers from various regions packed tightly into one vehicle, they can become superspreader events. These circumstances jeopardize immunocompromised and other vulnerable passengers. Also, inconsistent guidelines and enforcement could cause unruly passengers to become more violent and attack staff. Although we are all suffering from pandemic fatigue, we must ensure we do not remove preventative measures prematurely.

Finally, the federal government is no longer overstepping its authority by mandating Americans wear masks. With the vast majority of communities labeled “Low Risk” by the CDC, the pandemic has been essentially over. Some free states like Florida have known this for the past year and are completely open. The fact that the TSA was going to extend the unlawful mandates until May shows the Biden administration is looking to take the United States into more lockdowns and economic hardship. Our economy should be open, and Americans should be able to make their own decision about wearing masks and getting the vaccine.

Vox criticizes Judge Kathryn Kimball Mizelle, who struck down the federal mask mandate for public transportation, as unqualified and a hardline conservative. They also argue there is no substantive legal basis for her ruling.

CBS New York covers a recent ruling overturning the federal mask mandate for public transportation. They also get reactions from some passengers at LaGuardia Airport.