
Thank you for subscribing to the Civil Newsletter!
Oops! Something went wrong while submitting the form.
New Articles every Monday, Wednesday, and Friday
April 22, 2022
·
Entertainment

In its first-quarter report, Netflix announced a 200,000 subscriber loss, sending shockwaves through the streaming industry. 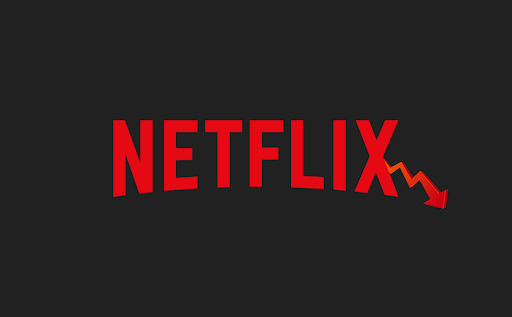 On Tuesday, streaming giant Netflix released its first-quarter report, showing the service lost 200,000 subscribers — its first subscriber loss in over a decade. The announcement sent the platform’s stocks plummeting 35%, erasing over $50 billion off its market value. It is now 2022’s worst-performing stock in the S&P 500. Further, it does not appear the company has seen the worst of its losses yet, as Netflix’s executives forecast a drop of another two million subscribers by the end of June.

Netflix blamed its losses on several factors, from increased competition to password sharing. Netflix has long been the Goliath of streaming services, an untouchable titan that made other companies pale in comparison. However, the last few years have seen rival platforms like Disney+ and HBO Max surge, posting gains as Netflix slipped. For example, while Netflix reported losses, HBO Max saw a three million subscriber increase from last quarter and 12.8 million more than a year ago. Also, the platform is suffering as customers who heavily relied on the service throughout the height of the pandemic and lockdowns spend less time on streaming and return to daily life. Netflix also lost 700,000 subscribers earlier this year after it suspended services in Russia following the invasion of Ukraine. Other analysts say that rising inflation may have led many consumers to cancel their subscriptions.

Tuesday’s report sent shockwaves throughout the industry as the company’s executives proposed several changes to their longstanding strategy, including many efforts it has famously resisted. The company says it is considering a lower-priced subscription option that features advertisements. Most other streaming services already offer ad-supported tiers. While co-CEO Reed Hastings has opposed advertisements on Netflix in the past, he stated, “I have been against the complexity of advertising and a big fan of the simplicity of subscription, but… I am a bigger fan of consumer choice, and allowing consumers who would like to have a lower price and are advertising-tolerant to get what they want makes a lot of sense.”

Netflix is also warning of a coming crackdown on password sharing. The platform has long ignored the widespread practice, building its reputation as a consumer-friendly brand. While Netflix has roughly 222 million paying households, it estimates that 100 million households share their login information. Its executives have opposed these changes for years, but recent losses may change their minds. However, analysts suggest that while this and other moves could reaccelerate growth in the long term, it is unlikely to quell the short-term concerns of investors.

Many critics seized on the report, attributing Netflix’s losses to what they view are failures of the platform. Billionaire Elon Musk tweeted that the company is suffering from a “woke mind virus” that makes it “unwatchable.” Many conservatives agree, arguing that several recent “woke” shows have hurt Netflix. Among the most common examples are “He’s Expecting,” a Japanese series about a man who becomes pregnant, and “Dear White People,” an original series about black students’ experiences with Ivy League schools. Those on the Right criticize programs like these, saying they promote radical concepts of gender identity and include a racist portrayal of white people. Others suggest the subscriber drop resulted from a series of price increases, making the service unaffordable to many.

As Netflix reported a surprising loss of subscribers, right-wing propagandists have seized on the announcement, declaring a false victory against the “liberal streaming establishment.” Their rush to attribute Netflix’s recent troubles to the content they don’t like highlights their willingness to ignore economic trends in favor of making a political point. While Netflix has many problems, making conservative pundits comfortable is not one of them.

Netflix is experiencing a growing trend in American business aptly named, “Get woke, go broke.” From featuring inappropriate content about children, like Cuties and Big Mouth, to other woke shows like Harry & Meg’s patronizing, virtue-signaling lectures, Netflix is failing to deliver quality content. Netflix will continue to lose subscribers until they begin producing content that Americans want to see.

Why Netflix is suddenly losing subscribers

Vox covers the recent Netflix report showing a loss of subscribers for the first time in a decade and how the industry got to this point. It argues that the rise of competing platforms will force Netflix to make unique content or continue losing customers.

Netflix’s video streaming service saw a historic drop in subscribers Tuesday, and Elon Musk said it was due to the “woke mind virus” in the media.

CBS covers Netflix’s subscriber loss, what the company is considering in response, and how those changes might affect the platform.