
Thank you for subscribing to the Civil Newsletter!
Oops! Something went wrong while submitting the form.
New Articles every Monday, Wednesday, and Friday
April 8, 2022
·
Abortion

On April 5, the Republican-controlled Oklahoma House of Representatives passed a bill that makes performing an abortion a felony. 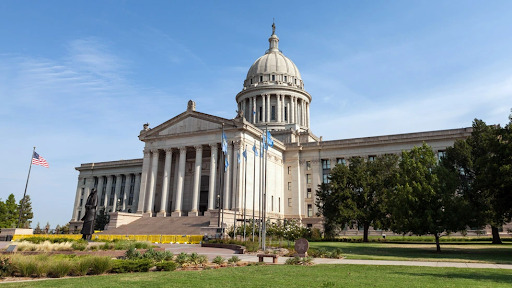 On Tuesday, the Republican-controlled Oklahoma House of Representatives overwhelmingly passed a bill that would make performing an abortion in the state a felony, punishable by up to 10 years in prison and a $100,000 fine. The legislation only provides an exception for cases where an abortion is medically necessary to save the mother’s life. The measure now heads to Governor Kevin Stitt’s (R) desk. Observers widely expect Stitt, who previously said he would approve any anti-abortion legislation, to sign it into law. The move comes as Planned Parenthood clinics across the state have reported surges of patients, as Texans travel to Oklahoma after their state enacted a six-week abortion ban.

Oklahoma’s latest measure comes amid a wave of state abortion bills nationwide. In the past few weeks, the Republican Governors of Arizona and Idaho signed abortion bans (which ban abortions after 15 weeks and roughly six weeks, respectively), as the Democratic Governor of Colorado approved a measure to ensure access to abortions in the state. Meanwhile, bills limiting abortions continue to make their way through state legislatures in conservative states like Kentucky and Missouri, while liberal states like Maryland pass contradictory measures that expand access.

As the battle rages on, Democrats and Republicans anxiously await a decision in Dobbs v. Jackson Women’s Health Organization, a case currently before the Supreme Court. The Court is examining the constitutionality of a Mississippi 15-week abortion ban that directly contradicts the landmark Supreme Court decisions in Roe v. Wade in 1973 and Planned Parenthood v. Casey in 1992. Both guarantee the constitutional right to an abortion up to “fetal viability,” or roughly after 22-24 weeks of pregnancy. If the Court upholds Mississippi’s ban, it would effectively overturn Roe and Casey and return the question of abortion to the states. Many legislatures have passed abortion bills in anticipation of such a move — some legal analysts believe the Supreme Court’s six-member conservative majority appears open to allowing the legislation to stand. According to the Guttmacher Institute, a pro-choice research institute, 26 states are certain or likely to ban abortions if the Court overturns Roe.

Oklahoma’s recent abortion bill is just the latest part of a coordinated Republican push to undermine women’s constitutional right to reproductive healthcare. As Republican leaders conspired to pack the Supreme Court with anti-choice justices, Republican state legislatures have passed a flurry of anti-abortion laws. The Oklahoma bill is absurd and cruel, with no exceptions for cases of rape or incest, forcing pregnancy on women across the state despite having one of the worst maternal mortality rates in the country. This bill is an abomination, and the courts should strike it down immediately if it becomes law.

Oklahoma just outlawed the commercialized procedure of killing babies. Moreover, the bill is consistent with laws throughout this country. The United States uses EKG machines to measure heartbeats to tell if someone is alive. Yet, if that someone is unborn, some states allow them to be murdered. The United States classifies the killing of a pregnant woman as a double homicide. Yet, their death at the hands of abortionists is no longer murder. Oklahoma has decided to fight for the greatest civil rights movement of this generation and outlaw the medieval practice of abortion.

Make the Pro-Life Case in 60 Seconds

Dismissing opposition to abortion as religious ideology is intellectually lazy. There are rational arguments against abortion, and those who oppose abortion make them often. This video outlines those arguments.

Here is the full text of the Oklahoma bill that would make providing an abortion a felony.