
Thank you for subscribing to the Civil Newsletter!
Oops! Something went wrong while submitting the form.
New Articles every Monday, Wednesday, and Friday
March 18, 2022
·
Congress

The Senate passed the Sunshine Protection Act, which would make daylight saving time permanent in the United States. 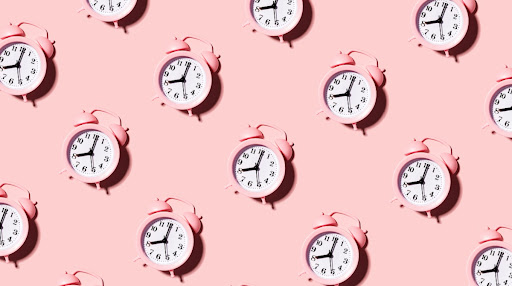 Sunday marked the beginning of daylight saving time (DST) in the United States, when most Americans “spring forward” one hour until they set their clocks back in November. Then, on Tuesday, the Senate passed the bipartisan Sunshine Protection Act by unanimous consent, which would end the practice for good. The bill still needs the House’s approval and the President’s signature to become law — House Speaker Nancy Pelosi and President Biden have yet to reveal whether they support the measure. Beginning next year, the bill would make DST permanent, and Americans would no longer have to change their clocks twice a year. The Act exempts states like Hawaii and most of Arizona, which do not observe DST at all, opting to stay on standard time. It would result in later sunrises from November to February, but Americans would get more afternoon daylight, as sunsets would be an hour later.

For over a century, Congress has fought over America’s clocks. In 1918, President Woodrow Wilson signed the Standard Time Act, establishing DST. Its advocates promoted the law as a wartime effort, hoping to reduce energy costs during World War I. Congress repealed the Act when the war ended. In response to World War II, Congress enacted a similar law that established year-long DST, though it expired at the war’s end. However, the lack of federal rules created a patchwork of state laws observing various time zones, causing confusion for nearly two decades. As a remedy, Congress passed the Uniform Time Act in 1966, practically creating today’s modern system. In December 1973, President Nixon signed a bill to put the U.S. on permanent DST for two years. However, the experiment met almost immediate pushback as there were several high-profile stories of children getting injured on the way to school in the weeks after it became law. While a poll showed 79% of Americans favored permanent DST when Nixon signed the bill, only 42% did two months later. In October 1974, President Ford ended the experiment. However, the effort has recently regained steam. In 2018, Florida became the first state to pass a law to switch permanently to DST, should Congress allow it. Since then, 17 other states have passed similar bills and laws.

Last year, an Economist/YouGov poll found that 63% of American adults want to stop changing clocks, with only 16% opposing such a move. These numbers are relatively stable even when broken down along political lines. While not a particularly polarizing issue, the proposal to scrap America’s time changes has sparked heated debate.

Proponents point to studies that show an uptick in car accidents and harmful health effects near the shifts. Also, businesses have championed a permanent switch to DST, suggesting the extra daylight would encourage commercial activity. Finally, some advocates say DST saves energy, as natural sunshine lasts later and lowers the need for artificial light. However, some critics argue that permanent DST increases fuel consumption, negating any potential energy savings. Some opponents of the bill believe it will be a replay of the 1973 experiment, endangering children on their way to school. Many health professionals have slammed the move towards permanent DST, arguing that a permanent switch to standard time would better align with the natural light cycle. While most lawmakers appear open to scrapping the time changes, some question whether to switch to permanent standard or daylight saving time.

This is the full text of the Sunshine Protection Act of 2021, outlining how it would amend existing federal law.

David Prerau, an expert on daylight saving time (DST), criticizes the Sunshine Protection Act. He praises America’s current system and highlights the problems of switching away from it.

Vox praises the Senate’s vote to make daylight saving time (DST) permanent. It argues that the best case for the move is consistency, which will prevent most of the adverse effects associated with changing clocks.