
Thank you for subscribing to the Civil Newsletter!
Oops! Something went wrong while submitting the form.
New Articles every Monday, Wednesday, and Friday
May 9, 2022
·
Abortion

States are dealing with the fallout from the leaked SCOTUS draft showing the potential overturning of Roe v. Wade. 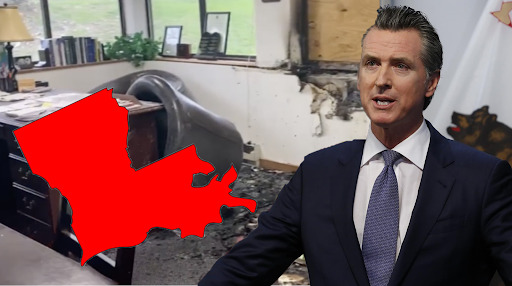 Abortion in the Spotlight

SCOTUS Draft Reactions. Last week, a leaked Supreme Court draft opinion outlined the potential reversal of Roe v. Wade, sending shockwaves throughout the nation (see Civil’s coverage here). Many on the Right celebrated the potential decision — although they expressed serious concern about how it came to light — while those on the Left reacted with horror and anger. If the Court overturns Roe v. Wade, it will send the issue back to state legislatures.

Federal Abortion Law Unlikely. Congressional Democratic leaders have vowed to vote on codifying abortion protections into federal law; however, reaching the 60-vote filibuster threshold appears nearly impossible, and Democrats already failed to scrap the rule earlier this year. Additionally, Senator Joe Manchin (D-WV) joined Republicans to tank a similar effort in February, casting doubts over whether Democrats would even have the votes to pass an abortion bill with a simple majority. While Senators Susan Collins (R-ME) and Lisa Murkowski (R-AK) — the chamber’s two pro-choice Republicans — also introduced legislation to enshrine abortion protections in federal law, it faces most of the same challenges as the Democratic proposal.

States’ Contradictory Actions. Given the reality of congressional gridlock, the abortion battle will almost certainly rage on outside of Washington, D.C. in state capitals. Many Republican-controlled legislatures already have trigger laws that will automatically restrict abortion should the Court overturn Roe and are introducing more bills limiting it in the leaked draft’s aftermath. Democratic ones are doing the opposite, promising guaranteed access to abortion in their states and even expanding access in many cases.

A Constitutional Amendment? Late last Monday, California’s top Democrats announced they would ask voters to approve an amendment to the state’s constitution protecting abortion. In a joint statement, Democratic Governor Gavin Newsom and the Democratic leaders of the state’s legislative chambers promised to “build a firewall around this right in our state constitution.” Amending California’s state constitution requires a supermajority of the state Senate and Assembly. While Democrats control enough seats, they will have to move quickly to put the measure on the ballot by November.

Right to Life. Last Thursday, a Louisiana House committee approved the Abolition of Abortion in Louisiana Act which would ensure “the right to life and equal protection of the laws to all unborn children from the moment of fertilization by protecting them by the same laws protecting other human beings.” If passed, legal analysts say abortion providers and women seeking an abortion could face murder charges. The Louisiana bill also declares that any federal law, regulation, or court ruling that allows abortion is void, and any judge who blocks the enforcement of the bill’s provisions could be impeached. Louisiana is one of the 13 states with a trigger law that would immediately ban abortions if the Supreme Court overturns Roe.

Arson. Early Sunday morning, the pro-life non-profit Wisconsin Family Action (WFA) was the victim of an arson attack. WFA President, Julaine Applin, told reporters that someone tossed a Molotov cocktail into her office around 6 a.m., and she was unaware of who was behind the attack. Both local Democrats and Republicans denounced the Wisconsin fire and spray-paint vandalism.

As an extremist Republican Supreme Court prepares to gut the 50-year precedent of Roe, California is the model of how states should respond. Democrats must be proactive in this fight, enshrining abortion protections in state law and amending state constitutions to ensure women can make their own decisions about their bodies and reproductive healthcare. Meanwhile, states like Louisiana exemplify how dangerous this Supreme Court decision would be and how far Republican legislatures are willing to go in its wake, passing barbaric laws that would classify abortion as homicide.

Already we are seeing the intimidation tactics of radical individuals showing up at the homes of Justices, firebombing pro-life groups, and vandalizing churches. Radical Democrats in states like California are now trying to create abortion sanctuaries where fully developed babies can be killed. States should take immediate action to enshrine the right to life, develop reasonable abortion policies, and lock up any terrorists attempting to disrupt the Supreme Court.

California has been preparing for Supreme Court to overturn Roe v. Wade for years

The Sacramento Bee explains how California Governor Gavin Newsom and the state legislature have prepared for the Court’s potential overturning of Roe v. Wade.

Louisiana Republicans advance bill that would charge abortion as homicide

Caroline Kitchener, a national political reporter at the Washington Post, discusses a Louisiana abortion bill, characterizing it as extreme and saying it contradicts national Republicans talking points about abortion.

“Violence and destruction are the only thing the left knows.” Follow how the Right views Left-leaning responses to the potential Roe v. Wade overturning.

DEBATE: Michael Knowles vs. Medical Student on When Life Begins

CalMatters explains how California is reacting to the leaked Supreme Court draft surrounding Roe v. Wade. It also provides a comprehensive look at abortions in the state and the timeline to get to this point.