
Thank you for subscribing to the Civil Newsletter!
Oops! Something went wrong while submitting the form.
New Articles every Monday, Wednesday, and Friday
December 14, 2021
·
No items found. 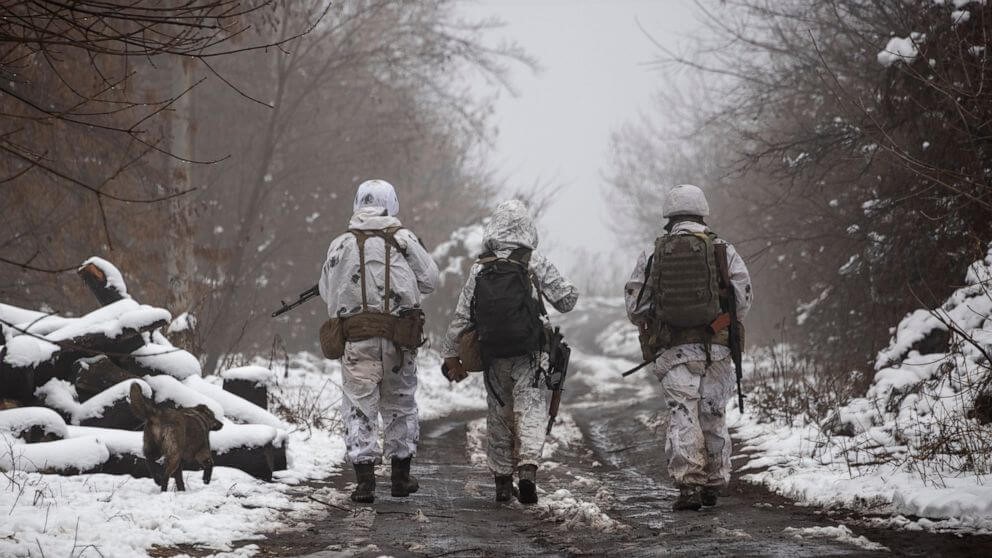 On December 7, 2021, U.S. President Joe Biden and Russian President Vladimir Putin met virtually to discuss the buildup of Russian forces on its border with Ukraine. Russia has deployed nearly 100,000 military troops, a possible prelude to an all-out invasion. While it is unclear if Russia will invade Ukraine, the deployment has made the international community nervous. U.S. officials say that Russia is engaged in an aggressive misinformation campaign designed to destabilize Ukraine while also blaming it for any escalation in the conflict. Russia says that Western military aid to Ukraine creates a threat on its border and that the current troop buildup is solely for defensive purposes, not for an invasion.

Ukraine was part of the Soviet Union until it declared independence in 1991. Putin has often spoken about the significant historical and ethnic ties between Ukraine and Russia and has vehemently opposed NATO’s eastern expansion, particularly when it comes to Ukraine, which is not currently a member state. The current situation bears a strong resemblance to Russia’s annexation of Crimea in 2014. The United States’ efforts were unsuccessful in stopping the annexation then. Additionally, Russian-backed separatists seized territory in the Donbas region of eastern Ukraine, though Russia denies direct involvement. While a pair of ceasefire agreements ended most large battles in 2015, Ukrainian and Russian forces continue to engage in skirmishes. According to Ukrainian estimates, more than 14,000 people have died in the conflict.

In last week’s phone call, President Biden warned Putin that the U.S. is prepared to do “things we did not do in 2014,” including imposing “strong economic and other measures” should Russia invade Ukraine. This could include suspending Russia’s Nord Stream 2 pipeline, which will be a substantial economic boon to Russia once operating, or disconnecting Russia from the SWIFT international payment system. In return, Putin demanded that NATO guarantee it would not expand further eastward or place any offensive weapons systems in neighboring countries. According to the White House, President Biden did not agree to these demands. Hours after the call, Congress passed a military spending bill that included $300 million in security assistance to the country. President Biden also spoke with leaders of the United Kingdom, France, Germany, Italy, and members of NATO’s eastern flank to reaffirm American commitment to protecting Ukrainian sovereignty. He also spoke with the President of Ukraine to reassure him of the United States’ stance.

After four years of reckless, irresponsible disregard for American allies and cozying up to autocratic leaders like Putin under the Trump Administration, President Biden has restored American leadership in global affairs. The tight bond that the president has built with America’s NATO allies will be crucial to ending the escalating situation in Ukraine. President Biden will use his exceptional diplomatic skills to work in concert with American allies to deter Russian aggression and protect the territorial integrity of Ukraine.

Many European allies have wanted to add Ukraine to NATO to prevent Russian aggression. However, the US has always shied away from the premise since it could start an all-out war. Some conservatives believe that rather than threatening Russia, we should be working together to prevent Chinese aggression. Either way, Russia only seems to push around other nations when Democrats, who are weak on foreign policy, control the presidency. This incident is another reminder of the ineffectiveness of President Biden.

What is concerning to anti-war conservatives is that even Republican politicians aligned with President Biden have indicated that troops on the ground or even a first strike with nuclear force was not off the table.

Weak Joe Biden no match for Vladimir Putin and other foes: Goodwin

When it comes to making a deal with Russia, Joe Biden has a problem. He wants to talk; Vladimir Putin wants Ukraine — and has massed 175,000 troops on the border to prove it. The New York Post investigates President Biden’s foreign policy failures and what they could mean for the Russia/Ukraine conflict.

Democratic lawmakers argue that Republicans in Congress are tying President Biden’s hands-on Ukraine by delaying the 2022 appropriations bill. They say that passing this legislation could release vital assistance for Ukraine.

Is Russia preparing to invade Ukraine? And other questions

The BBC covers the basics of the current situation in Ukraine and the likelihood of a Russian invasion. Additionally, it discussed the West’s potential response.