
Thank you for subscribing to the Civil Newsletter!
Oops! Something went wrong while submitting the form.
New Articles every Monday, Wednesday, and Friday
April 29, 2022
·
Supreme Court

A recent Supreme Court case about an assistant football coach praying after games could bring a sea change in school prayer litigation. 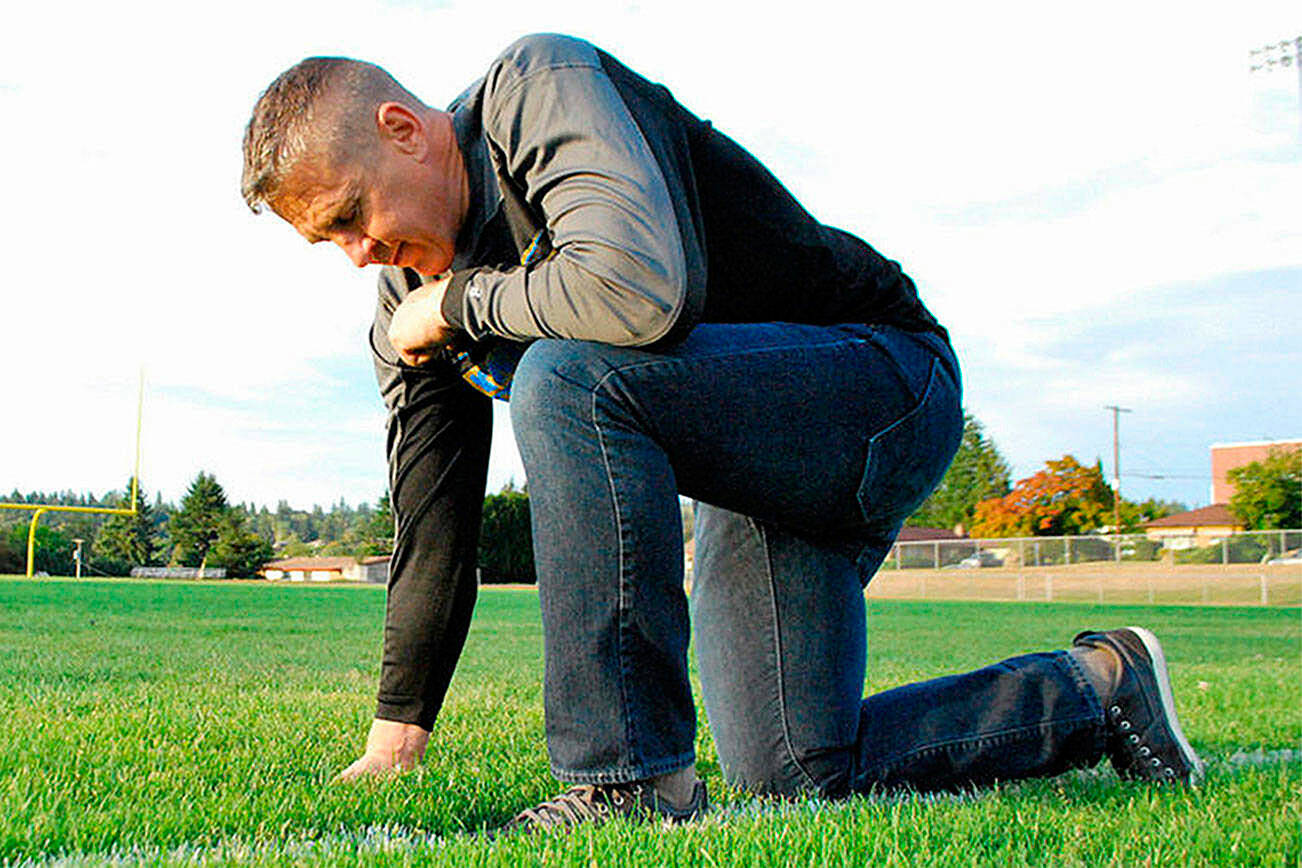 On Monday, the Supreme Court heard oral arguments in a case about an assistant football coach’s post-game prayers. The case tests the boundaries of First Amendment rights and has significant implications for how they apply in public schools.

A Coach’s Prayers. Bremerton High School, a public school in Washington state, hired Joseph Kennedy as an assistant football coach in 2008 after he served 18 years in the Marine Corps. Taking inspiration from the Christian sports drama “Facing the Giants,” Kennedy says he decided to pray midfield after every game. While he initially prayed alone, sometimes players — including members of the opposing team — would join Kennedy in this post-game ritual. The coach would occasionally give motivational speeches with religious references to this group.

The District Disapproves. While the practice seemingly went unnoticed and without controversy from 2008 to 2015, that changed when an opposing team’s coach told the Bremerton principal about Kennedy’s prayers in September 2015. The school district expressed its disapproval in a letter to Kennedy. It said that any student prayers should be “entirely and genuinely student-initiated” and told Kennedy he should do nothing that could appear to endorse them. It also stated that while Kennedy could continue to give motivational speeches, they should be entirely secular, and if he prayed, he should do so separate from players.

Prayers Resume. Although Kennedy initially complied with its requests to stop praying on the field after games, in mid-October — after hiring a lawyer — he told the district he would resume the practice of saying a private, post-game prayer at the 50-yard line. Two days later, Kennedy again prayed in the middle of the field. This prompted the district to inform Kennedy he had violated its policy and again ask him to stop the post-game prayer. He denied the request and prayed on the field at the end of two more games, and school officials placed him on administrative leave. At the end of the season, the district decided not to renew Kennedy’s contract.

Kennedy Sues. Kennedy sued the school district in federal district court, arguing its actions violated his free speech and free exercise rights under the First Amendment. The lower court sided with the school district, prompting Kennedy to appeal to the 9th Circuit Court of Appeals, which affirmed the district court’s holding. While the 9th Circuit’s opinion noted that “No case law requires that a high school teacher must be out of sight… to engage in private prayer,” it argued that Kennedy’s prayer “objectively sent a public message.” The Supreme Court initially turned down the case in 2019 but reversed course in January when the coach’s lawyers resubmitted the suit.

Political Attention. The case has drawn out some high-profile figures in the school prayer debate. Numerous religious groups and prominent politicians, including former President Trump and 54 Republican members of Congress, have rallied around Kennedy. However, his opponents have also brought out the big guns, with the Americans United for Separation of Church and State backing the school district in the case.

A Constitutional Tightrope. At this case’s core is a delicate balancing act between school staff and students’ religious and free speech rights. Kennedy’s lawyer argues that the First Amendment protects his right to “private religious expression.” However, a lawyer for the school district says that Kennedy’s actions could appear as government-endorsed religion, which the Constitution’s Establishment Clause prohibits. They further argue that his conduct pressured students to join him, violating their rights to abstain from such practices.

School Prayer at the Supreme Court

Other SCOTUS Cases. School prayer is not an unfamiliar issue to the Supreme Court. In 1962, the Court ruled in Engel v. Vitale — widely considered one of its most significant decisions on the topic — that school-sponsored prayer violates the Establishment Clause. In another case in 2000, Santa Fe Independent School District v. Doe, the Court held that beginning school football games with a student-led prayer violated the same clause. However, this case does have some notable differences, namely, that the coach is praying by himself, albeit in a highly visible fashion.

A New Era? The Court’s new 6-3 conservative majority has repeatedly sided with those arguing that institutions had violated their religious rights. This case could follow that trend, as the six conservative justices expressed openness to the coach’s argument during Monday’s oral arguments. Meanwhile, the Court’s three-justice liberal minority appeared skeptical. Legal observers expect a decision in the case by late June. If the Court rules in favor of Kennedy, it could set off a new era in school prayer litigation.

In this case, the Court’s conservative justices threaten to upend over 60 years of precedent and gut the Establishment Clause. By ruling in Kennedy’s favor, they would erode the school prayer decisions that have long protected public school students from government-imposed religion. Previously, liberal and conservative justices alike have upheld its long-standing principle of separating church and state. Now, the Court might allow the religious coercion of young, impressionable athletes worried about play time and their coach’s approval. The Supreme Court must not trample on students’ First Amendment rights and should affirm lower courts’ rulings against Kennedy.

The religious right had a great day in the Supreme Court

After the 9th Circuit Court of Appeals rejected Coach Kennedy’s appeal, he joined Fox News personality Tucker Carlson to discuss his next steps.

This video briefly outlines the case facts and legal arguments.

Prayer at the 50-yard line

Representatives from each side’s legal team in Kennedy v. Bremerton School District join Amy Howe on her podcast to discuss the case.