
Thank you for subscribing to the Civil Newsletter!
Oops! Something went wrong while submitting the form.
New Articles every Monday, Wednesday, and Friday
April 27, 2022
·
Court Case

A judge found former President Trump in contempt for allegedly refusing to comply with a subpoena in a New York civil investigation. 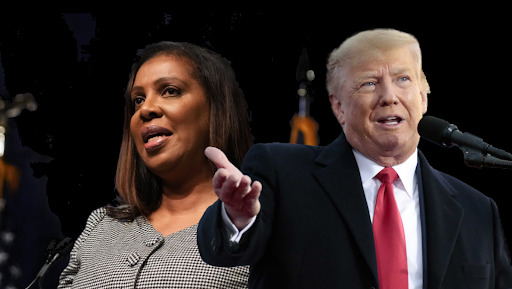 Trump Held in Contempt. On Monday, a New York judge held former President Trump in contempt of court for failing to comply with subpoenas related to a civil investigation by the New York Attorney General’s office. Judges find people in contempt of court when they disobey a court order. New York Attorney General Letitia James, a Democrat, had asked the court to hold Trump in contempt after he failed to produce documents to satisfy a March 31 court-imposed deadline to meet the terms of the subpoena. The judge ordered Trump to pay $10,000 a day until he complies. While Trump’s legal team claimed they conducted a “diligent search and review” for related documents and found Trump did not possess them, the judge’s ruling says that Trump and his attorneys failed to prove they sufficiently searched for the records.

The Civil Investigation. James’ office has been conducting a civil investigation into former President Trump’s business practices for over two years. The Trump Organization faces allegations that it misrepresented property values for over a decade. Last month, James said her team “uncovered significant evidence” that the company did so to gain more favorable financial benefits, “including loans, insurance coverage, and tax deductions.” Trump has criticized the investigation, calling it a politically motivated “witch hunt.” Earlier this year, his legal team unsuccessfully sought to quash the subpoena in question. James claims Trump’s refusal to turn over documents is part of a concerted effort to stonewall her inquiry. Manhattan District Attorney Alvin Bragg, also a Democrat, is conducting a parallel criminal investigation.

Major Reactions. Following the decision, James tweeted, “Today, justice prevailed,” and that the investigation “will continue undeterred because no one is above the law.” Trump’s legal team, however, claimed the ruling “does not even come close to meeting the standard on a motion for contempt” and vowed to appeal.

Political Moves? During Monday’s hearing, Trump’s lawyers told the judge that Trump did not deserve to be held in contempt, saying the former President was “right on schedule” with turning over documents sought by the Attorney General. In a statement about the investigation earlier this month, Trump said: “The racist and highly partisan Attorney General of New York State, failed Gubernatorial candidate Letitia James, should focus her efforts on saving the State of New York and ending its reputation as a Crime Capital of the World, instead of spending millions of dollars and utilizing a large portion of her office in going after Donald J. Trump and the Trump Organization.”

For years, Trump has obstructed legal proceedings, dragging his feet and ignoring court orders to avoid consequences for his various misdeeds. It is heartening to see this judge hold Trump accountable for this pattern of lawlessness. While Trump and his cronies throw around the tired claims of a “partisan witch hunt,” the walls are closing in on him. Soon, Trump will face punishment for his illegal activity as the many investigations targeting him reach a conclusion.

The New York Attorney General and judge are clear political actors who wrongly held President Trump in contempt to create press buzz. The documents in question were not even in possession of President Trump but rather his organization. The politically motivated court case is being used to generate more slander against the President to either muddy the waters of his 2024 run or divert attention away from the failures of the Biden administration.

Trump has always had contempt for courts. A New York judge is ordering him to pay for it.

Jessica Levinson, a professor at Loyola Law School, claims former President Trump has a pattern of disobeying court orders, equating his recent efforts to a cover-up for financial fraud.

This article summarizes the court dealings and highlights the views of the New York AG and Trump’s lawyers.

This is a court filing by the New York Attorney General Letitia James related to the subpoenas submitted by her office.