
Thank you for subscribing to the Civil Newsletter!
Oops! Something went wrong while submitting the form.
New Articles every Monday, Wednesday, and Friday
March 25, 2022
·
Foreign Policy 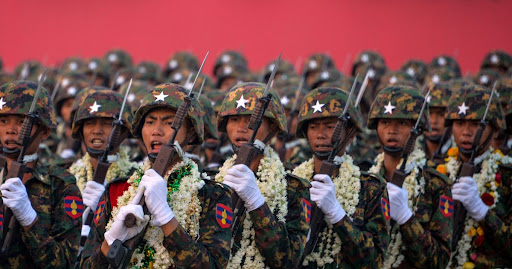 On Monday, U.S. Secretary of State Antony Blinken said that the Burmese military’s violent repression of Myanmar’s predominantly Muslim Rohingya population amounts to genocide and crimes against humanity. Authorities say “widespread and systematic” atrocities against the ethnic minority prove intent to eliminate the group. Since August 2017, Myanmar’s military has actively tried to clear the Rohingya Muslims from the majority-Buddhist country, prompting over 730,000 to flee. U.S. government legal experts conducted two previous investigations and failed to reach a conclusion, prompting criticisms against both the Trump and Biden administration. Several other countries already label the violence as genocide, including France, Canada, and Turkey. The military has rejected the label, saying its 2017 crackdown was a response to “terrorism.” Myanmar denies citizenship to the Rohingya, which the United Nations described as the world’s “most persecuted minority.” Advocates have urged U.S. officials to follow the declaration with concrete punitive actions, such as more sanctions on the junta.

Blinken’s announcement marks the eighth time since the Holocaust that the U.S. has officially concluded a genocide has occurred. Myanmar, sometimes called Burma, has already been under many U.S. sanctions since a coup overthrew the democratically elected government last February. The military took power, claiming the November 2020 elections were rife with fraud, though election monitor groups have found no supporting evidence. Since that time, the junta has imprisoned or killed thousands of civilians opposed to military rule. The Secretary’s announcement could add pressure on other countries to punish Myanmar, which already faces accusations of genocide from the International Court of Justice. Advocates hope it will add urgency and bolster those efforts.

Secretary Antony J. Blinken on the Genocide and Crimes Against Humanity in Burma

U.S. Secretary of State Antony Blinken delivers remarks at the Holocaust Memorial Museum, where he officially labels violence against the Rohingya Muslims in Myanmar as genocide.