Congress has often used the Commerce Clause of the Constitution to justify regulating the activities of states and their citizens.

History. In November 1990, Congress passed the Gun-Free School Zones Act in response to the increase in school shootings. This Act created school zones that extended 1,000 feet beyond the school lines and created criminal penalties against those who knowingly carried firearms in these areas.

Case Facts. On March 10, 1992, Alfonzo Lopez, a high school senior in San Antonio, Texas, carried a concealed firearm onto school property and was arrested. His legal team argued that the Gun-Free School Zones Act of 1990 was unconstitutional because Congress acted outside the scope of its authority under the Commerce Clause in passing it.

Majority Opinion. If Congress has the authority to regulate anything that might lead to violent crime and affect interstate commerce, there would be no limit to government power.

Results. The Gun-Free School Zone Act now has exceptions for concealed carry, law enforcement, and those who carried on private property within those boundaries. Congress amended the law in 1995 to comply with the Supreme Court's ruling in U.S. v. Lopez.

In November 1990, Congress passed the Gun-Free School Zones Act in response to the increase in school shootings in the 90s. This Act created school zones that extended 1,000 feet beyond the school lines and created criminal penalties against those who knowingly carried firearms in these areas. It had exceptions for concealed carry (which at the time did not exist in many states), law enforcement, and those who carried on private property within those boundaries. Congress amended the law in 1995 to comply with the Supreme Court's ruling in U.S. v. Lopez.

He was charged under a Texas law prohibiting the knowing possession of a firearm in a school. The following day, state charges were dismissed in lieu of federal allegations, when agents charged Lopez with violating the federal Gun-Free School Zones Act of 1990. The Act forbids “any individual knowingly to possess a firearm at a place that [he] knows … is a school zone.”

Lopez entered a not guilty plea and waived his right to a jury trial, asking the federal district court to dismiss the indictment. His legal team argued that the Gun-Free School Zones Act of 1990 was unconstitutional because Congress acted outside the scope of its authority under the Commerce Clause in passing it.

No matter how broadly commerce is defined, this Act fails to have anything substantial to do with commerce. Therefore, it is outside the purview of the Commerce Clause.

If Congress has the authority to regulate anything that might lead to violent crime, there would be no limit to government power.

Congress rationally believed that the possession of firearms in a school zone leads to violent crime, negatively affecting the quality of education and thus significantly or substantially impacting interstate commerce.

The Court should allow Congress to demonstrate a connection between gun violence and interstate commerce.

The Gun-Free School Zones Act is a constitutional law that is within the scope of Congress's commerce powers.

Unsurprisingly, gun safety groups hold a different stance on the issue.  They argue that because gun-free school zones are decrease gun violence, repealing those laws would have the opposite effect. They alternatively suggest Congress should strengthen the existing legislation surrounding guns. The Gun-Free School Zones Act does not prohibit individuals with a state or local permit from possessing a firearm within a school zone, something these groups call “a dangerous loophole.” While some states and localities prohibit permit holders from carrying firearms on school premises, gun safety organizations want this codified in federal law. There is also no federal prohibition on carrying guns on college or university campuses, something these groups say increases gun violence. In 2020, a group of Democratic politicians introduced a bill to extend the Gun-Free School Zones Act to cover these areas. Over 25 years after the case of U.S. v. Lopez, it is clear that the debate over the issue of gun-free school zones will continue.

Mass Shooting Response. In the wake of the mass shooting at a school in Uvalde, Texas, and several others around the country, lawmakers have grappled with how to approach gun violence in the United States. While many Democrats have called for stricter gun regulations, Republicans argue for enhanced school security and addressing rampant mental health issues. As part of those proposals, some conservatives have called on states to arm teachers.

Teacher Carry. Ohio Governor Mike DeWine (R) signed House Bill 99 (HB 99) allowing school district employees to carry firearms after up to 24 hours of training. Republicans say the law will prevent shootings and save lives, while Democrats say it will result in deadly accidents and send the wrong message.

The Violence Against Women Act (VAWA) of 1994 provides “a federal civil remedy for the victims of gender-motivated violence.” This law is constitutionally based on the Commerce Clause which was challenged in U.S. v. Morrison (2000).

Ultimately, in its 5-4 decision, the Supreme Court ruled sections of the VAWA unconstitutional because, as the majority argued, portions of the legislation did not regulate an activity that had a substantial effect on interstate commerce, and so it is outside Congress’ commerce authority. The dissenting opinion argued that there was a “mountain of data assembled by Congress...showing the effects of violence against women on interstate commerce.”

Commerce Clause. Under the Commerce Clause, Congress can regulate commerce between foreign countries, states, and Native American tribes. Commerce includes the interchange of goods and services between aforementioned parties.

Certiorari. A petition for judicial review of a lower court or government agency’s decision.

Rational Basis. The idea that legislation or government action must have a reasonable connection to a legitimate state interest. 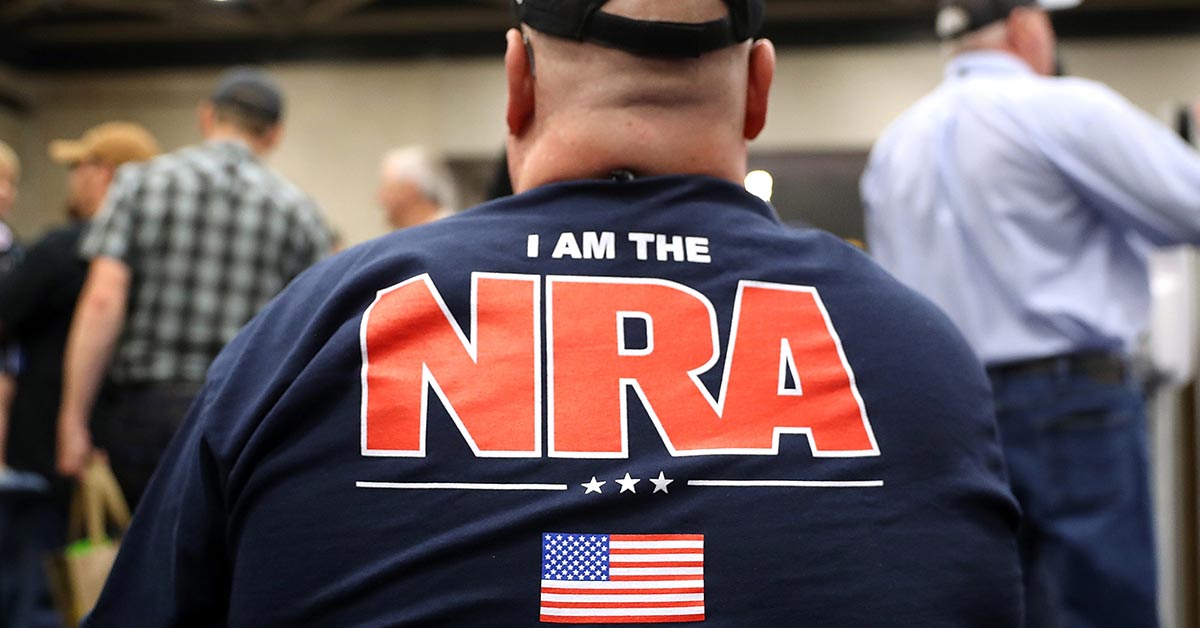 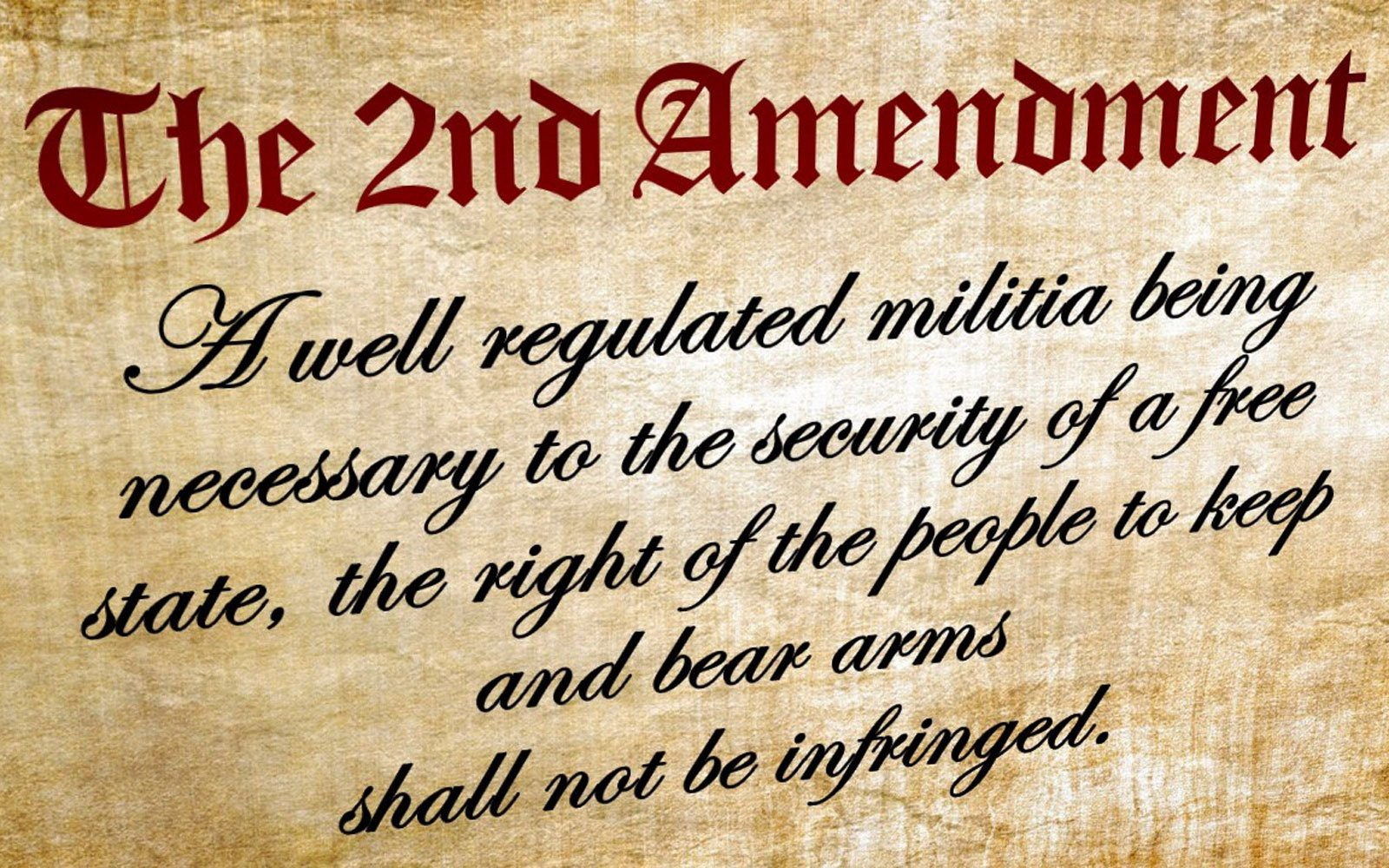 Perhaps no other constitutional amendment generates as much controversy as the Second. Much of this debate plays out in the judiciary, where judges’ interpretations can drastically change the Amendment’s meaning.