I moved to the United States in 2016 from Germany. In my pursuit to live my American Dream, I listen to country music on winding roads and practice shooting when I can. I graduated from Virginia Tech with a Bachelor’s in Political Science and a Master’s in Public Administration, and I'm currently a J.D. candidate at Stetson College of Law.

I find myself on the libertarian right but value truth over narrative. I joined Civil because while working on Capitol Hill I saw citizens who cared more about following a narrative than to think for themselves. I believe Civil will help foster the next generation of citizens who will represent the greatness of this country.

Abortion: It is the greatest civil rights battle of our generation.

Title IX: Due process has been eroded in our universities, Title IX does not work for victims or those accused. Having worked as an advisor for students, I've seen the mental toll of Title IX firsthand.

Identitarianism: A large segment of the United States fails to live up to MLK's dream of judging others, not by their race, but by the content of their character. 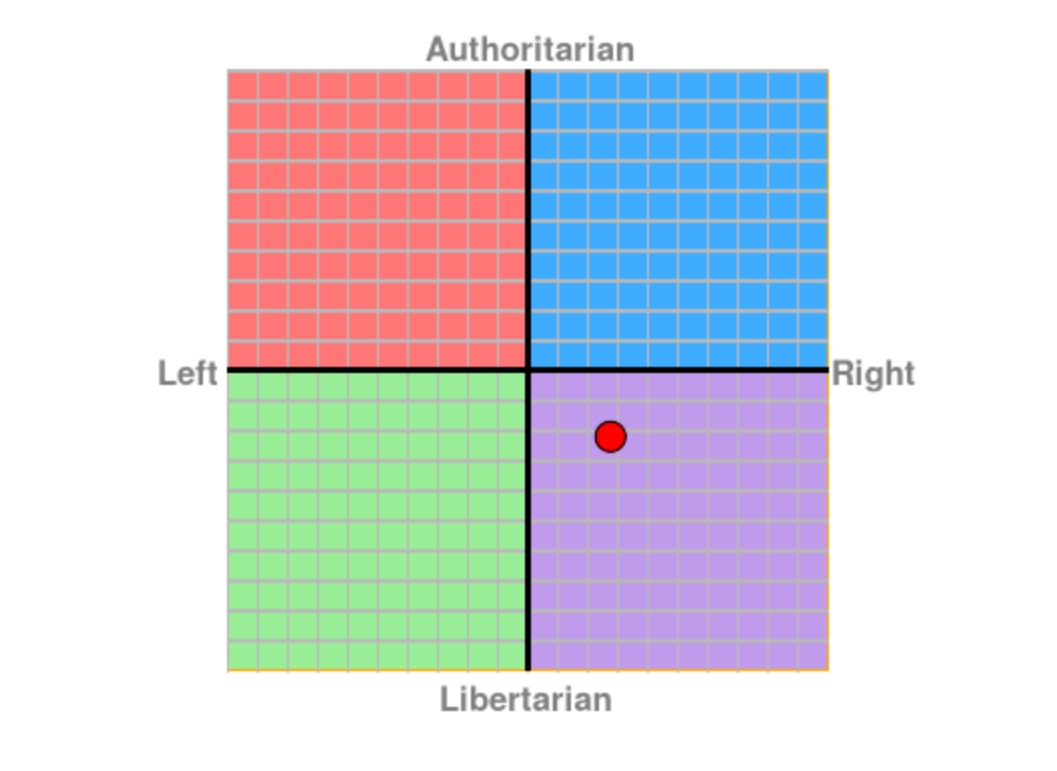 Test taken via politicalcompass.org. Results are not intended to fully encompass the political ideas of each team member, but can serve as a short-hand representation.